Quantum FOMM Limited ("Quantum FOMM") is a joint venture company established in
Hong Kong by Quantum Automotive Limited, which is wholly owned by the Group,
and a Japanese electric vehicle manufacturer, namely FOMM Corporation ("FOMM").
The Group indirectly holds 66.7% of the Quantum FOMM,
a subsidiary for the purpose of developing the electric vehicle business.

In January 2022, Quantum FOMM acquired the production and distribution rights from FOMM,
allowing the Group to produce and sell an electric car model namely, FOMM ONE.
FOMM ONE is the world's smallest 4-seater electric vehicle, with the features of
safely floating design. It is flexible to respond to natural disasters.
In addition, its innovative battery swapping technology satisfies market needs.

​ The Group plans to commence the production and distribution of FOMM ONE
in Southeast Asia as the core market and eventually radiate into other global markets.

In medium and long term, the Group plans to develop new models and
gradually expand into other markets such as Latin America.
Ultimately, we aim at expanding our electric vehicle business footprint to
the world and becoming the world’s leading brand. 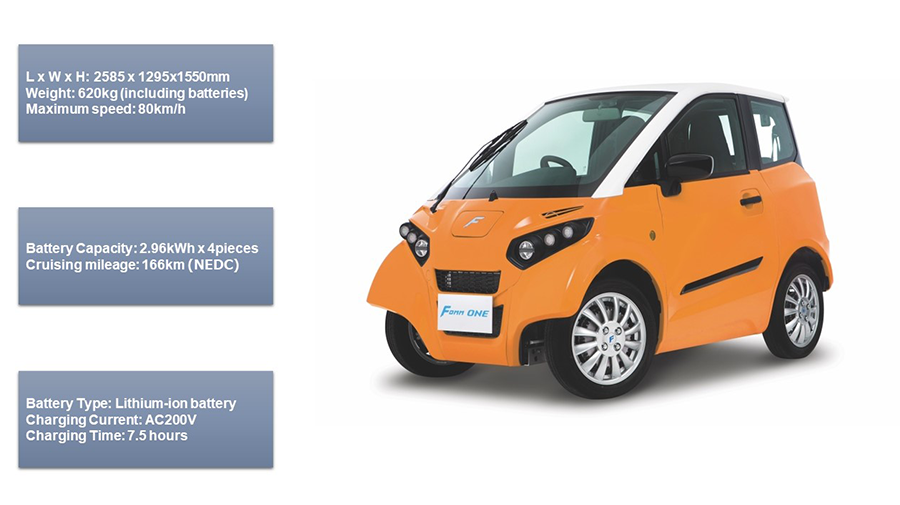 FOMM ONE is the world's smallest 4-seater electric vehicle,

developed for users who want a safe and compact vehicle.

The FOMM ONE is the only electric kei-car

with safely floating function that can respond to flood or other emergencies.

Its compacted size and lightweight keeps the running cost low.